Surprised there isn't a thread for this yet. Or did I miss it? I used the search to check. Anyhow, Teeth Engraved With the Names of the Dead are back after having ended it and done some other projects. Here's their latest:

This morning, I got an email from them about ANOTHER release. Here it is: 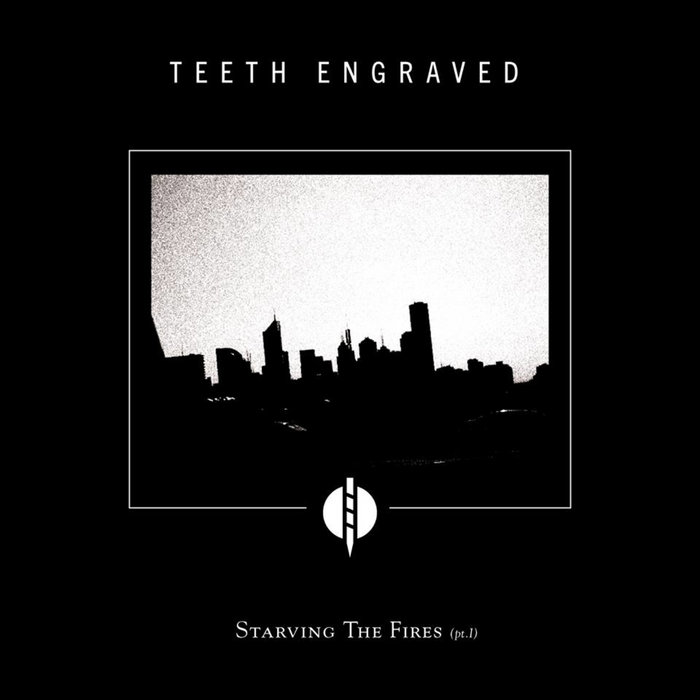 Y'know, coming back to this album for the first time in a bunch of years I expected to have a LOT of negative things to say about it, but honestly it's better than I remember it being... Just a monolithic slab of creeped out ugly harshness that was equal parts noise-wall, drone, black metal, and power electronics.

Knowing now what we wish we knew back then I think we probably would have shortened a couple of the tracks, but we were both fresh off being in a doom band that routinely wrote 25+ minute long songs so I guess that's just kind of the headspace we were in back then.

That said, I do still really like "Shredded Sky" and "Broken From Inside" and I've always thought "When Storms Come" is one of our coolest tracks 'cos that shit sounds like Vomir or The Rita with what may or may not be a song buried underneath... It was definitely an exhausting listen, but that was kind of the point.

At any rate, that's all the old stuff uploaded, anything that happens from here on is the future...

Thanks to Family, Friends, and The Voodoo Queen.
+Body and Blood Recordings+
http://bodyandblood.bandcamp.com
Top

I’m not as well versed in this realm as I’d like to be - I’d say I know a few classics like Sleep Research Facility. “Nostromo” is great and sets the bar really, really high. Off the top of my head here are a few I really like.

LUSTMORD - The Place Where the Black Stars Hang

And this was a pleasant surprise. Still have a couple in stock for the curious.
Scream & Writhe distro and Absurd Exposition label
Montreal, QC
https://www.screamandwrithe.com

Thank you for the recommendations!!!
+Body and Blood Recordings+
http://bodyandblood.bandcamp.com
Top

hard second, this and "Deep Frieze" are both great.
Top

In the dark ambient realm you can't go wrong with gruntsplatter and Scott's other project, the Corvidae Cabal:
https://crionicmind.bandcamp.com/
https://violentgrief.bandcamp.com
Top

Since the day it first came out, to me the synonym of Dark Ambient itself.
Top

Since the day it first came out, to me the synonym of Dark Ambient itself.

raison d'être is the benchmark for dark ambient for me as well.
Top

used to listen to this a bit, but the line between noise and dark ambient can be fairly thin; they're both industrial music.

lustmord is definitely an interesting one, an.artist I kept returning to but never really got into. Nocturnal Emissions are hilarious. used to love bad sector, who make a lot more sense filtered through a "noise" perspective imvho

https://bad-sector.bandcamp.com/album/ampos
turn it up!
Top

I would put a monument to him for the track "Metastatic Resonance".
https://noisehangover.bandcamp.com
Top

A local bartender introduced herself to me as a mutual friend of someone and said that they told her to say to me that she's a fan of raison d'être. That person told her that as a joke, but she took it seriously. Which is both funny and awesome. Anyhow, we talked for awhile and it turned out she's FAR MORE knowledgeable of dark ambient than me and I'm a pretty big nerd with this stuff. I did tell her about one or two projects she was unaware of, though (like Demdike Stare, who had that synth pop phase). She's also a fan of neo-folk, power electronics, and harsh noise.
+Body and Blood Recordings+
http://bodyandblood.bandcamp.com
Top

hard second, this and "Deep Frieze" are both great.

I feel like this has been in my discogs want list for years and I never see it with stuff I can bundle for shipping…. (I know right what a hard life…..)
IG: @carrierfrequency | @untitledzine
Top

I remember not being impressed enough with raison d'être to consider them the masters of the genre. fun fact: MB is the first "dark ambient" album listed on RYM.
turn it up!
Top

I haven't been checking out much dark ambient in the last 10 years even if I like the style. For some reason two albums have struck home:

Llyn y Cwn - Twll Du
I'd say this is what I expect from dark ambient and Llyn y Cwn delivers. Dark, kind of cinematic but not in a grand Hollywood scale. Just dark and home made.

Unmade - Ritual In Unlight
Organic dark ambient. This does not sound at all like it was made on a computer (I have no idea if it was or not) but more a analog kind of variety. Not "just" a dark hum but a more varied pallette of sounds.
Top

Gave Infinexhuma a listen after them being featured in the latest Noise Receptor journal, and damn that is some good material. Especially fond of the Unasan album.

The album I return to the most must be Schloss Tegal's Black static transmission. It is a 60+ minute journey of sheer bleakness.

Lycia has their entire discography up for sale in digital format for cheap on bandcamp.

Return to “The Rest”